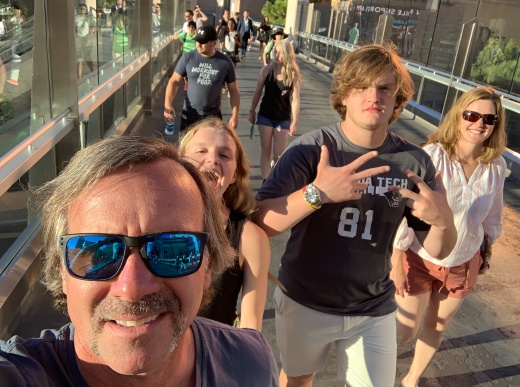 We came out of Vegas feeling on top and ready to take our chances on Death Valley.  There is not a lot of wisdom to offer in this post other than the journey through Death Valley is one not to be repeated.  At least that’s how our family will remember it.  We came to check the box on the National Park stamp, which we did, but we should have turned right back out of the and never looked back. 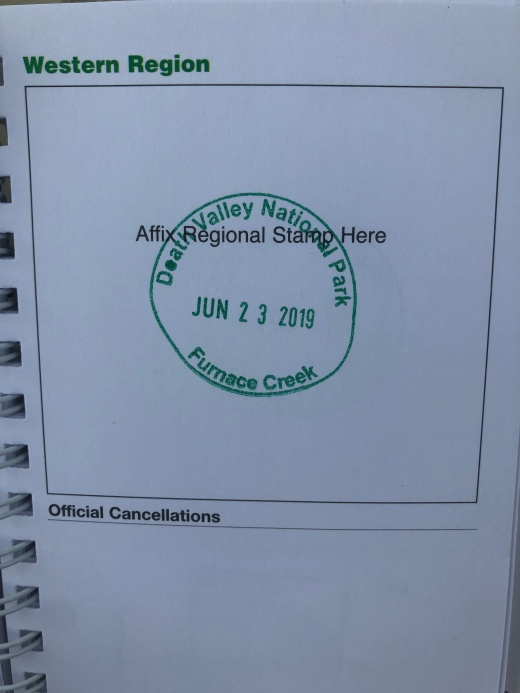 We mapped out the trip the night before and we were still unclear about the approach, but I was confident my route called for 6-7 hours if accounting for stops.  I had us going Vegas to Death Valley and then Death Valley to Sequoia National Park.  If you broke the trip into two stretches when typing in the information, we would be golden. I wanted that park stamp.  Spoiler alert: don’t use a map this way. 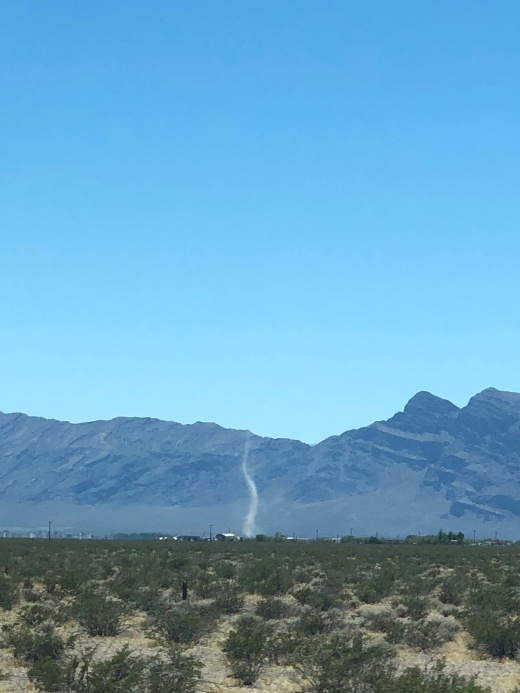 Aside from passing the signs that alert you to Area 51 and alien sightings, we were convinced a wind tunnel was taking up spirits as we drove.  Wild mustangs greeted us at the road that led to the park entrance. 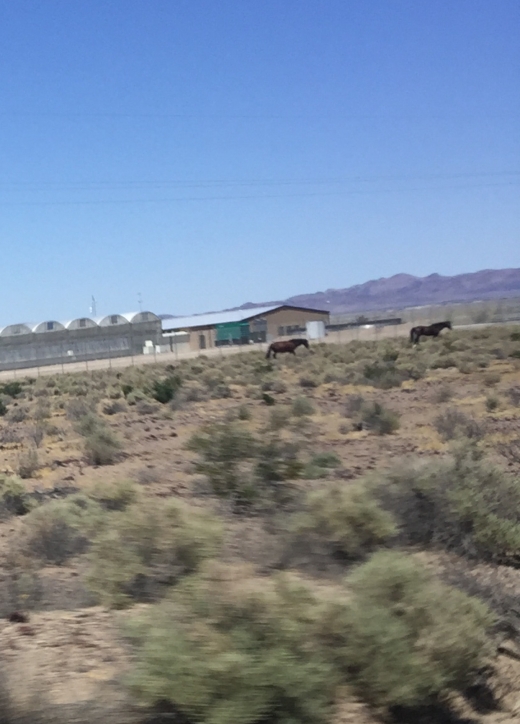 We should have known they were signaling us to stop, but we were so close now.  The entrance was the equivalent to a pay phone booth, lack luster at best. We came for the sand dunes and got a beautiful hot glimpse at the overlook called Zabriskie Point. 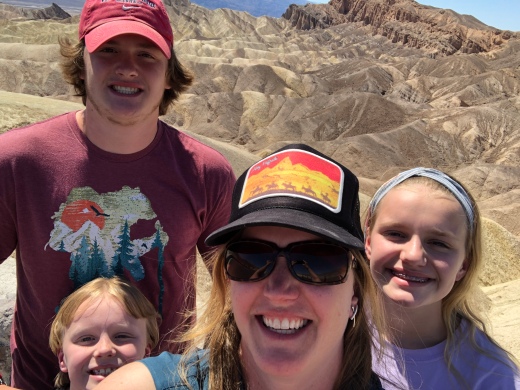 For the two hundred steps I might have taken, I was already in heat stroke mode and my cell phone literally told me it was over heating in my hand as I took a picture of Wilson climbing to the dunes.  Meanwhile, we discovered upon our arrival at this first landmark, that we did not have service and knew that we would need to find someone to guide us to the right route to Sequoia National Park.  We pressed on to the Visitor’s Center where the thermometer topped out at 114 degrees as we drove by it but we felt the solid 112. 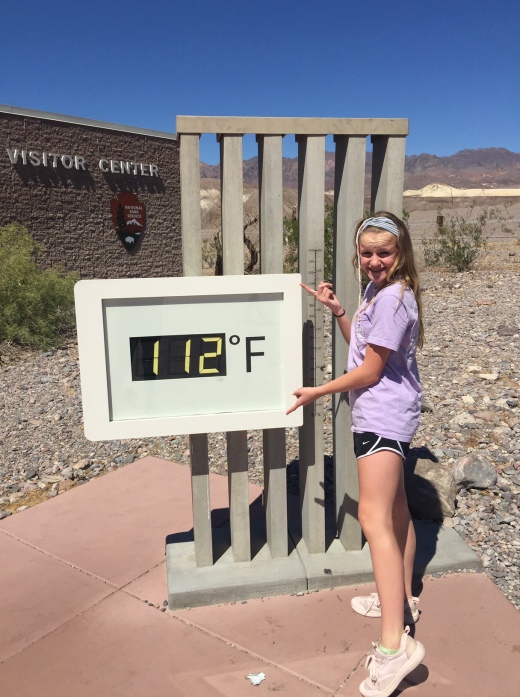 We were told to follow the road through the park to pick back up on our journey.  For the next 3 ½ hours, we would pass one car and have no cell service.  Our truck would signal it’s overheating and kick on a fan.  The elevation went from 200 feet below sea level to 5000 elevation.   The signs on the road would say things such as “turn off air conditioner next 14 miles” or “no gas for 40 miles.” That’s crazy talk National Parks.  The only map working was our satellite in our truck.  The gravel road we took out to find civilization was long and hard to travel.  Surprise Canyon was the scenic backdrop to our constant laughter but it’s no surprise to us that we won’t be back anytime soon. 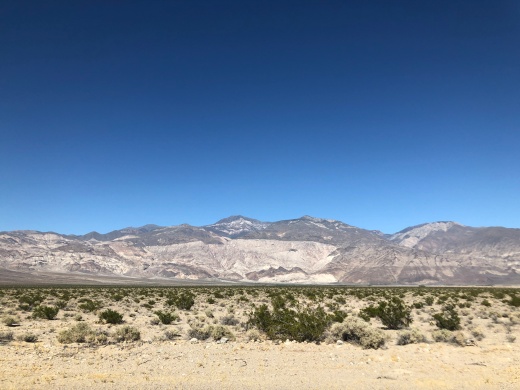 It’s safe to say our family had a lot of jokes about dying in Death Valley. We think it’s why there is so little said about it, likely because many people don’t make it out. There is no cell service, little if any water, and lots and lots of miles of dry heat that feels suffocating. It’s easy to feel turned around and we felt we had been going in circles to find our way out.  The one thing we all agreed on, Death Valley was a place like no other.  It was as unfamiliar as it was familiar.  It’s the road that takes you nowhere and everywhere.  From what looks like Ayers Rock in Australia, to the dunes of the Middle East, or even the volcanic mountains of Guatamala, you can see it all in Death Valley (one pic is what we took and one pic is pulled from Google to show how Death Valley is as scenic as it is barren). 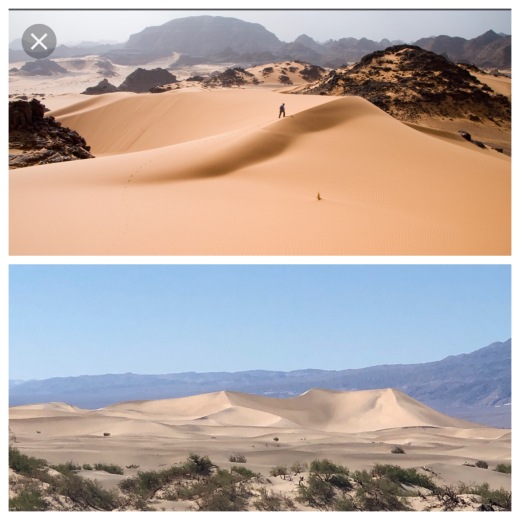 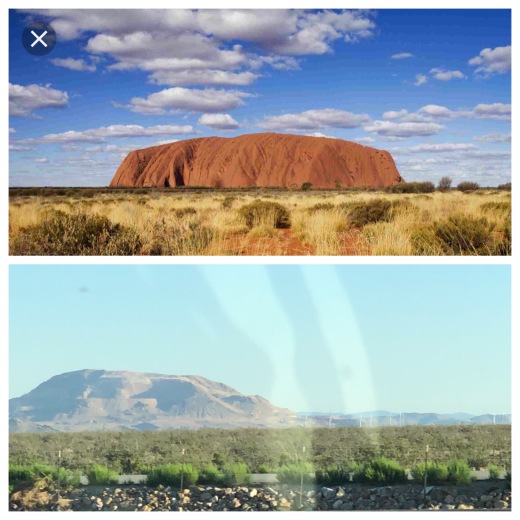 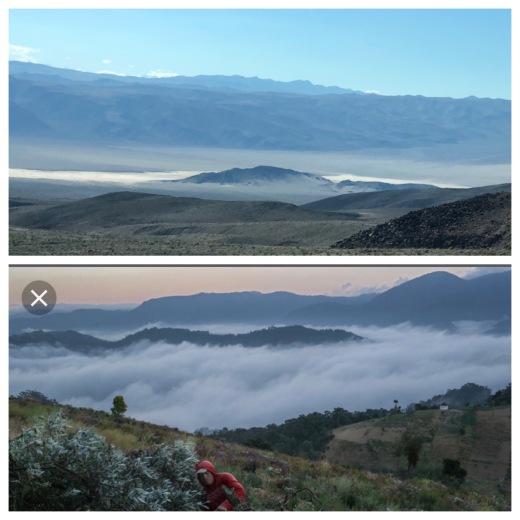 It’s a vision like no other but we came out alive.  That’s all that matters for today.